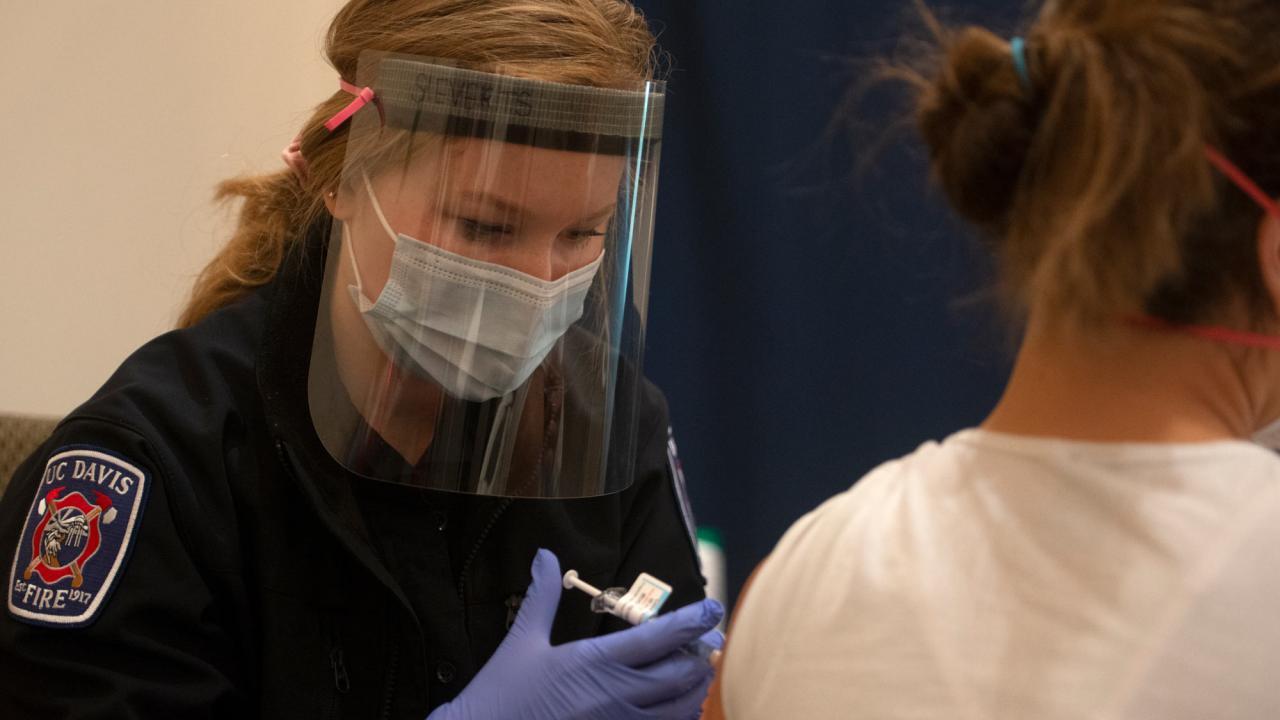 Survey Underscores Importance of Masks and Testing Along With Vaccines

The findings underscore the continuing need for masking and regular testing alongside vaccination, especially in areas of high prevalence, the authors wrote. The study is currently available online as a preprint from MedRxiv.

“Our study adds to existing data about levels of virus in vaccine breakthroughs in two settings of high ongoing community prevalence of the delta variant,” said Professor Richard Michelmore, director of the UC Davis Genome Center.

The study was conducted with positive samples from asymptomatic testing at UC Davis for Healthy Yolo Together and at the Unidos en Salud walk-up testing site in the Mission District of San Francisco.

Vaccines have been shown to be highly effective in preventing severe disease, hospitalization and death from COVID-19. For example, as of mid-September, 41 out of 49 patients hospitalized with COVID-19 at UC Davis Medical Center in Sacramento were unvaccinated.

Breakthrough infections where vaccinated people do become sick can occur, especially in areas where virus prevalence is high.

Although vaccinated people with a breakthrough infection are much less likely to become severely ill than unvaccinated, the new study shows that they can be carrying similar amounts of virus and could potentially spread the virus to other people. This study did not directly address how easily vaccinated people can get infected with SARS-CoV-2, or how readily someone with a breakthrough infection can transmit the virus.

“Our study does not provide information on infectiousness,” Michelmore said. “Transmission will be influenced by several factors, not just vaccination status and viral load.”

Those factors could include, for example, when they were vaccinated and with what vaccine, the underlying status of their immune system, and the intensity of exposure.

It’s very important to get vaccinated, Michelmore said, because vaccines greatly reduce the risk of severe disease, but you should not assume that because you are vaccinated you cannot get infected or transmit the disease to others. Mask-wearing and regular testing remain important, especially in areas of high prevalence.

Since fall 2020, the UC Davis Genome Center has been offering asymptomatic COVID-19 testing for students and employees, for residents of the city of Davis, and now for other residents of Yolo County through Healthy Davis Together and Healthy Yolo Together. As of Sept. 30, 2021, the center had run over 900,000 tests.

Unidos en Salud is a partnership between UCSF, the Chan-Zuckerberg Biohub, UC Berkeley, the Latino Task Force (a community organization) and the San Francisco Department of Public Health.